Diane LImbrey (WEL WN) has just completed a refereeing trip to Europe. She reffed in Austria at the Overwart European Open on 3-4 Septmber as a warm up to the World Veteran Champs in Kraków, Poland on 8-11 September for four very long days.

There were 837 competitors spread over three mats.

Chak Chan from Australia was the only other Oceania representative from 41 referees.

John Maxwell (NEL CD) was the only player from Oceania to compete. He had one win from three fights.
The level of judo was high as a world title was at stake with plenty of passion and skill on display. 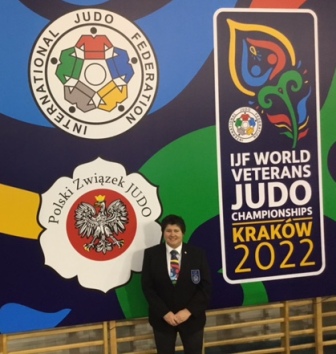